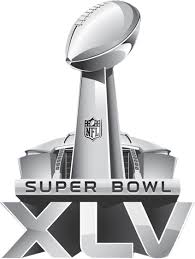 In the 45th super bowl, the Green Bay Packers will play the Pittsburgh Steelers at the new Cowboys Stadium. The Packers are playing for their 4th championship, while steelers are playing for its seventh. Pittsburgh quarterback Ben Roethlisberger is attempting to win his third title, amid a tumultuous season, regarding his code of conduct. After being suspended four games due to sexual assult allegations, Roethlisberger was able to lead the Steelers to an AFC North title, and a No.2 seed in the AFC. Green Bay qurterback Aaron Rodgers has no super bowl rings. He has established himself as one of the best quarterbacks in the NFL, after taking over for Brett Favre three seasons ago. The Packers despite being a No.6 seed, are 2.5 point favorites over the Steelers. It should be noted that both defenses have been amazing. The matchup should be tightly contested and low-scoring(although my prediction is not), but nobody can be certain.