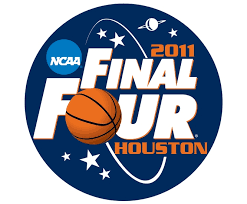 There were 68 teams that participated in the 2011 NCAA© Tournament. Now there are only four remaining.

Butler: The Butler Bulldogs are an eight seed in the Southwest region. They were able to defeat Old Dominion in the round of 64 on a buzzer beater, and then upset #1 seed Pittsburgh with a free throw (in a controversial ending), to advance to the Sweet Sixteen. Butler then defeated #4 seed Wisconsin. In the Elite Eight, the Bulldogs won in an overtime thriller over #2 seed Florida to make consectutive Final Four appearances. The Indianapolis university will compete against VCU in the Final Four.

VCU: The Virginia Commonwealth Rams surprised plenty of people when they made the tournament. As an eleven seed, they played a First Four game versus USC and won handily. Then, in the round of 64, they smashed #6 seed Georgetown by 18 points. They proceeded to do the same versus #3 seed Purdue in the round of 32. In the Sweet Sixteen, VCU defeated Florida State in a tight game by two points. In the Elite Eight, VCU shocked #1 seed and President Obama’s National Champion pick, Kansas. VCU will make its first ever Final Four appearance versus the Butler Bulldogs on Saturday.

Connecticut: UConn entered the tournament as a #3 seed after winning the Big East Championship. They crushed #14 seed Bucknell and defeated #6 seed and Big East rival Cincinnati to advance to the Sweet Sixteen. Then they beat #2 seed San Diego State to move on the Elite Eight. The Connecticut Huskies were able to edge #5 seed Arizona to advance to the Final Four.

Kentucky: The Wildcats earned a #4 seed in the big dance. Their toughest challenge was perhaps against #13 seed Princeton, narrowly defeating the tigers 59-57 in the round of 64. Next was a matchup against #5 seed West Virginia to advance to the sweet sixteen. UK prevailed and then proceeded to play the overall #1 seed Ohio State Buckeyes (okay, maybe this was their toughest challenge). Kentucky pulled off the upset in a 62-60 thrilling victory. Finally, the Cats’ were able to outplay #2 seed North Carolina in the Elite Eight, to advance to the Final Four. They will meet Connecticut in the National Semifinals.