The Final Four is all set, as Kansas, Kentucky, Ohio State, and Louisville all punched their tickets to New Orleans, Louisiana to play in the National Semifinals. 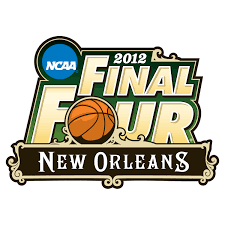 No.1 seeded Kentucky vs. No.4 seeded Louisville

This bluegrass showdown should be quite intriguing. The Kentucky Wildcats made their way to the Final Four, by defeating Western Kentucky, Iowa State, Indiana, and Baylor. The Louisville Cardinals defeated Davidson, New Mexico, Michigan State, and Florida to make it to the Big Easy. Louisville coach Rick Pitino will coach against his former team, as  Kentucky’s Anthony Davis will be poised to continue his season of heroics.

It’s only the second time, two number two seeds have played each other in the Final Four, and this matchup should not disappoint. The Kansas Jayhawks were able to beat Detroit, Davidson, Purdue, and North Carolina to make it this far. Meanwhile, Ohio State was able to defeat Loyola (MD), Gonzaga, Cincinnati, and Syracuse to make it to New Orleans. Jared Sullinger will lead the Buckeyes, and TyShawn Taylor will lead the Jayhawks.