The 2013 season opened up with a promising start for the Cincinnati Reds. As favorites to win the NL Central, the Reds found themselves with company near the top of the division. Pittsburgh and St. Louis joined the party and seemed to always control the division. It was the Reds playing catch-up the entire season. Despite this, a playoff spot was clinched with ease. Then, the wheels fell off the wagon. After securing a postseason spot, on September 23, no more games were won. After dropping two games to the Mets, the Reds were swept by the Pirates in Cincinnati.

The sweep determined a one game playoff to be played in Pittsburgh last night. The Bucs never trailed, as home runs by Marlon Byrd and Russell Martin helped the Pirates take a 3-0 lead. Cincinnati responded with a run, but the Pirates scored three more, including another Martin home run. A 6-1 lead was more than the Pirates needed. Shin-Soo Choo knocked a solo home run in the eighth inning, that was reviewed, and confirmed. But that was as close as the Reds got to Pittsburgh. The score remained the same through the ninth and final inning. 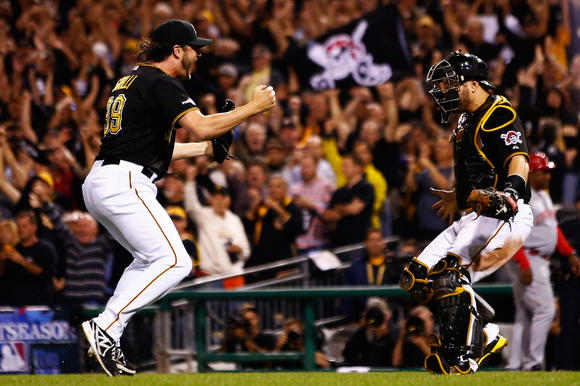 Brandon Phillips:
“It’s all MY fault for letting down #RedsCountry tonight! Y’all really didn’t deserve this! Got to do better, PERIOD!”