Wilson Valdez scores off a walk-off single by Ryan Hanigan to defeat the Cubs 5-4, Sunday. 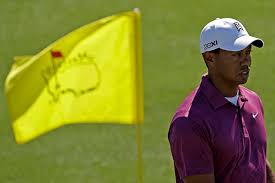 The Miami Heat just lost their fifth straight game (this one to the Bulls). It appears the players are taking it hard, as Coach Erik Spoelstra made a comment mentioning that a couple of the players were crying after Sunday’s loss. But the Heat are still 43-20 and one of the best teams in the NBA. Perhaps their struggles are being overemphasized. However, with stars like Lebron James, Chris Bosh, and Dewayne Wade, many think the team is underachieving.

Our sports picture of the week is not of a professional nor even a college athlete. It is of Fenville High School (in Michigan) basketball player, Wes Leonard being hoisted up by teammates, after winning an overtime game, and finishing a perfect season of 20 wins and 0 losses. But minutes after this amazing performance, Leonard collapsed on the court and died of a rare heart condition. The condition, dilated cardiomyopathy, brought on cardiac arrest. The story has made national headlines, as the high school community grieves. A very shocking and sad story, but at the very least Leonard finished out on top.

Nine years ago the New England Patriots played the Oakland Raiders in an AFC Divisional Playoff game. Played in New England, it was a very snowy setting. With about 90 seconds remaining, the Pats were down by 3 but had the ball. Quarterback Tom Brady dropped back to pass and after a pump fake, fumbled and the Raiders recovered. Although the play was under review, the replay appeared that Brady had possession of the ball before being hit and fumbling the ball.  But according to the official, there was no fumble, only an incomplete pass. NFL rules state:

When [an offensive] player is holding the ball to pass it forward, any intentional forward movement of his arm starts a forward pass, even if the player loses possession of the ball as he is attempting to tuck it back toward his body. Also, if the player has tucked the ball into his body and then loses possession, it is a fumble.

This extremely controversial rule allowed the Patriots to tie and eventually win the game. New England wouldn’t stop there as they would defeat the Pittsburgh Steelers and then the St. Louis Rams in Super Bowl XXXVI.

This is footage of the play which occurs at 3:35 in the video: