The Connecticut Huskies were able to outlast the Butler Bulldogs in an offensive struggle, 53-41 in the National Championship Monday. Connecticut was able to finish the year strong, winning 11 consecutive postseason games to earn a Big East Championship, and then a National Championship. For coach Jim Calhoun, it’s his third National Title. On the other hand, the Butler Bulldogs finished as runner-ups for the second year in a row. Both teams struggled offensively the entire game. However Butler’s field goal percentage was 19%, setting a dubious National championship record. UConn’s shooting wasn’t pretty either, at 35%. As a team with nine losses, lots of remarks are being made about whether the “best” team won the championship. But it seems that Connecticut proved their case and then some, winning 11 consecutive games in the postseason, including wins over San Diego State, Arizona, Louisville, Kentucky, Pittsburgh, and so on… as if a National Championship isn’t enough. 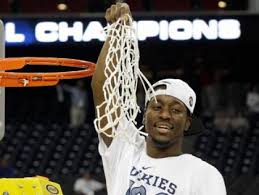