Cincinnati has had a terrible start to the 2019 NFL season. Besides losing their first four games, the Bengals have lost WR AJ Green for the first two months, and WR John Ross III has been placed on IR (Week 5). Losses have been to Seattle, San Francisco, Buffalo, and Pittsburgh. Pro Football Reference ranks the Bengals 30th of 32 teams (Washington and Miami).

It’s hard to see the Bengals turn the ship around this season. New England (4-0) and a slew of competitive 2-2 teams are on the schedule. Cincy is staring a 3-13 season in the face, and a top five draft pick may be in the cards. 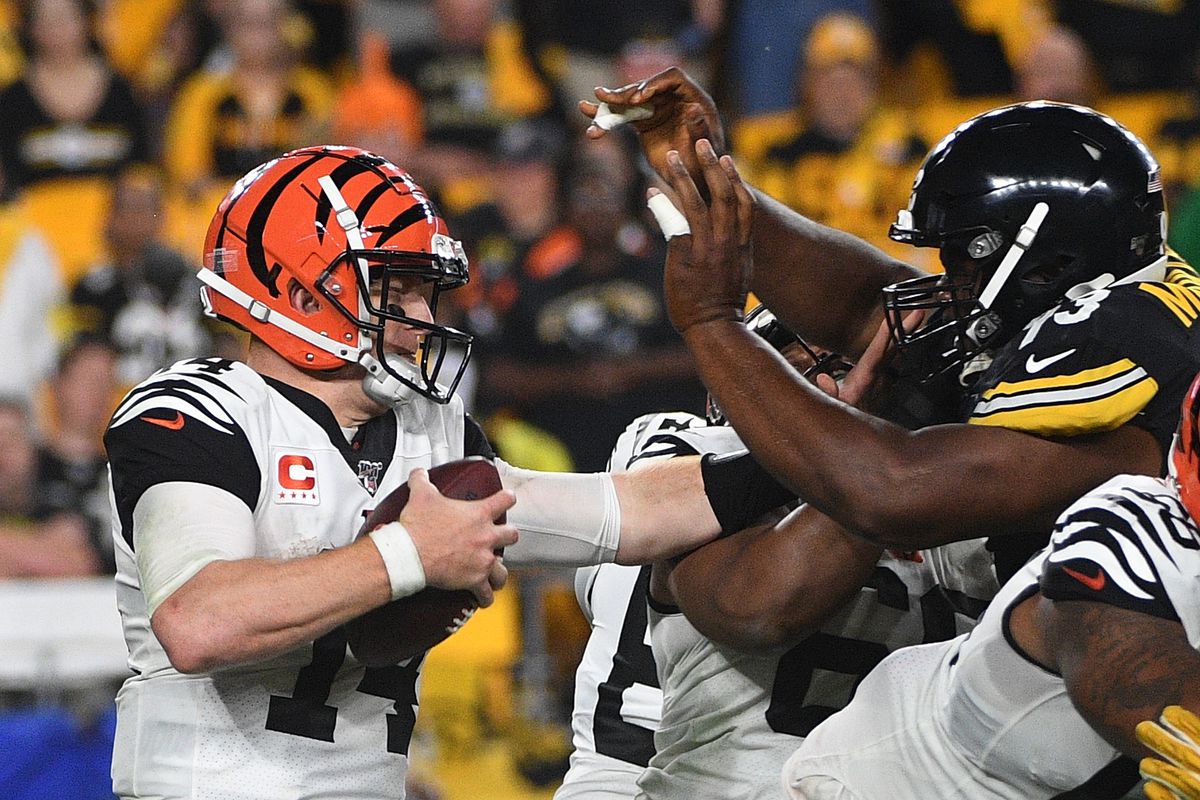 The Cincinnati Bengals defeated the New York Jets 49-9 at Paul Brown Stadium. The Jets, coming off of a win over New England, never led the entire game. Bengals QB Andy Dalton threw for 5 TD passes and 325 yards, and had QB rating of 125.7. WR Marvin Jones caught 4 of those TD passes, having a career day along with 122 yards receiving, and setting a Bengals record for TD catches in a game. The Bengals jumped out to a 14-0 lead, and led 28-6 at halftime. By the 4th quarter, backup QB’s were in the game, as the game was out of reach for the Jets, who trailed 42-9 after 3 quarters. Cincinnati improves to 6-2 and now is ahead by 3 games in the AFC North, while the Jets fall to 4-4. The Bengals will play on Halloween, Thursday night, in Miami against the Dolphins.

The Cincinnati Bengals finished the season 10-6 by defeating the Baltimore Ravens 23-17. Cincinnati will play the Houston Texans Saturday at 4:30. Meanwhile, the Washington Redskins defeated the Dallas Cowboys to also finish the season 10-6 as well and win the NFC East.

The Cincinnati Bengals defeated the San Diego Chargers 20-13. With 4:11 remaining, Bengals QB Andy Dalton rushed for a 6-yard TD to put Cincinnati up for good. Meanwhile RB BenJarvus Green-Ellis had 114 yards rushing for Cincy as it was his 3rd straight 100-yard game. Also, TE Jermaine Gresham caught a TD pass from Dalton. Chargers QB Philip Rivers threw one interception and lost a fumble in the 4th quarter. The Chargers only TD came from a 31 yard interception return by Demorrio Williams (off of Dalton). The Bengals are 7-5 and the Chargers are 4-8.

The Cincinnati Bengals defeated the Jacksonville Jaguars 27-10, Sunday. Bengals QB Andy Dalton threw for 244 yards. He also had two TD passes along with one interception. Jaguars QB Blaine Gabbert struggled throwing for only 186 yards. Gabbert had one TD pass and one pick. But the most dissappointing stat was from Jags RB Maurice Jones Drew, who had a whopping 38 yards on 13 carries. Bengals wide receiver A.J. Green and fullback Chris Pressley each had one touchdown reception. The Bengals improve to 3-1 in a tie with the Ravens at first place in the AFC North. The Jaguars fall to 1-3, tied for last place with the Titans in the AFC South.

The Cincinnati Bengals took care of the Cleveland Browns 34-24 at Paul Brown Stadium. Bengals quarterback Andy Dalton threw for 318 yards and three touchdowns. Andrew Hawkins, A.J. Green, and Brandon Tate each had a touchdown catch for the Bengals. Adam Jones had an 81 yard punt return for a touchdown to begin the scoring for the Bengals. It is the first game Andy Dalton has had in which the Bengals have scored at least 30 points at home. For the Browns, Trent Richardson had one rushing touchdown. Quarterback Brandon Weeden threw for 322 yards and two touchdowns.