UC football took care of business the past two weeks, squeaking by USF (20-17) and then doing the same versus Temple (15-13) to win division championship. Cincinnati now has clinched a spot in the AAC Championship game. First, UC has its last regular season game Friday. They play at Memphis, and the result will determine location of AAC title game.

UC’s Michael Warren II ran for 106 yards and a touchdown versus Temple. Special teams also added a field goal, and a blocked extra point which was returned 95 yards for two points by Bearcats defender Coby Bryant.

Cincinnati won the game at USF with a field goal as time expired by Sam Crosa. 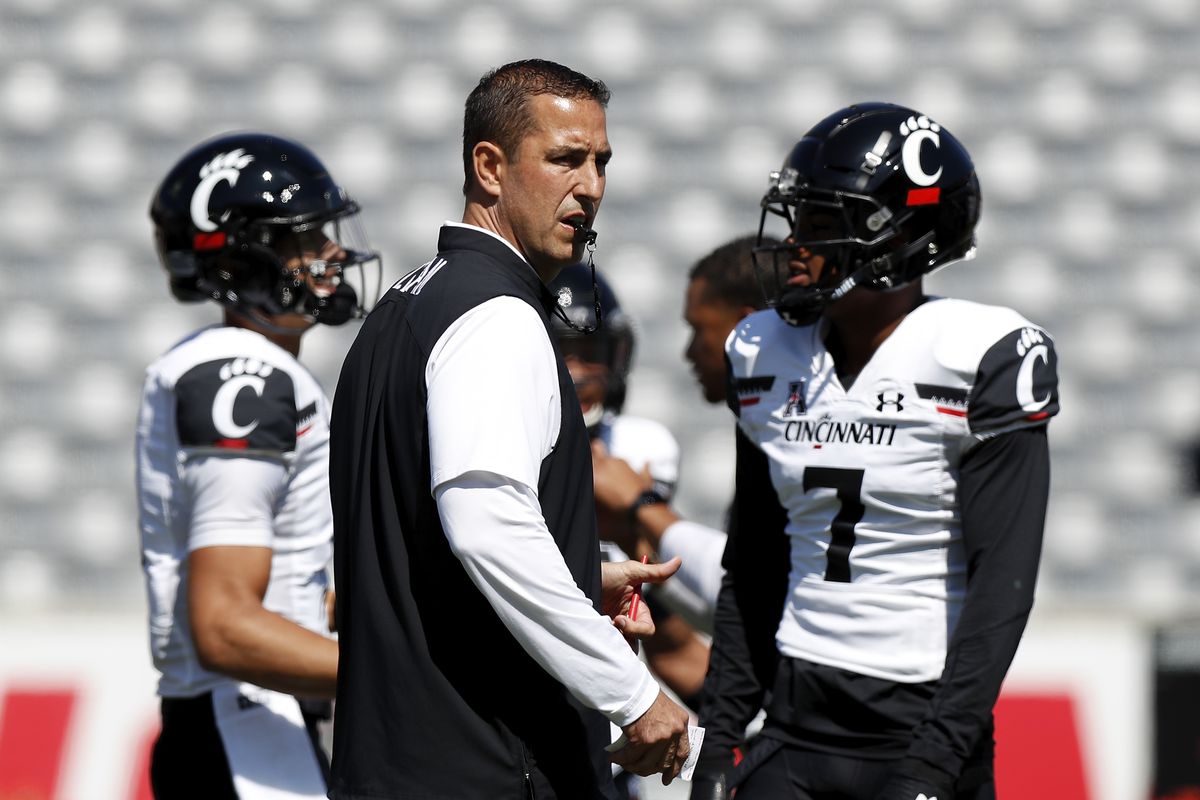 RECORDS ARE FBS GAMES ONLY, RANKINGS ARE BASED ON CFB REFERENCE SIMPLE RATING SYSTEM (unless mentioned otherwise).

2. Alabama (8-0) Bama’ trounced a bad Arkansas team 48-7. Alabama has had a soft schedule, but that changes when the Tide host No. 4 LSU this week.

1. (10) Cincinnati (6-1) Bearcats had an off week, and still rose in the polls. ECU is improving but will need to play much better to pull of an upset, when hosting Cincinnati.

2. (12) SMU (8-0) SMU is the best team in Texas, with the Longhorns losing to TCU. SMU, who won at TCU earlier this season, is playing at No. 22 Memphis Saturday night in prime time. No I did not forget about the undefeated Baylor Bears

3. (19) App St. (6-0) Appalachian State plays in the Sun Belt, and were in the FCS less than five years ago. Now, they are ranked in the Top 20 in the AP. They will be favored heavily versus Georgia Southern.

Teams are leaving from the Big East left and right, and Notre Dame can be added to the same list that includes West Virginia, Pittsburgh, and Syracuse. The Fighting Irish will be a non-football member in 2014, meaning the football program will keep its tradition of being independent, while all of the other sports will belong to the ACC. However, Notre Dame football will play five ACC teams per year.

The Penn State Nittany Lions were upset by the Ohio Bobcats 24-14. First year coach Bill O’ Brien had the Nittany Lions winning 14-3 at halftime. But 21 unanswered points by Ohio sealed the victory.