Cincinnati lost to Baltimore 23-17 to fall to 0-6. Andy Dalton threw an interception but no touchdown passes on 235 yards passing. The one Bengal offensive TD was by a 5-yard run by Dalton late in the fourth quarter. Baltimore’s (4-2) Lamar Jackson threw for 236 yards and ran for a TD as well.  Brandon Wilson returned the opening kickoff 92 yards for a Cincy TD. Cincinnati is the only 0-6 team in the NFL, although rated 28th of 32 teams (Sports-Reference). 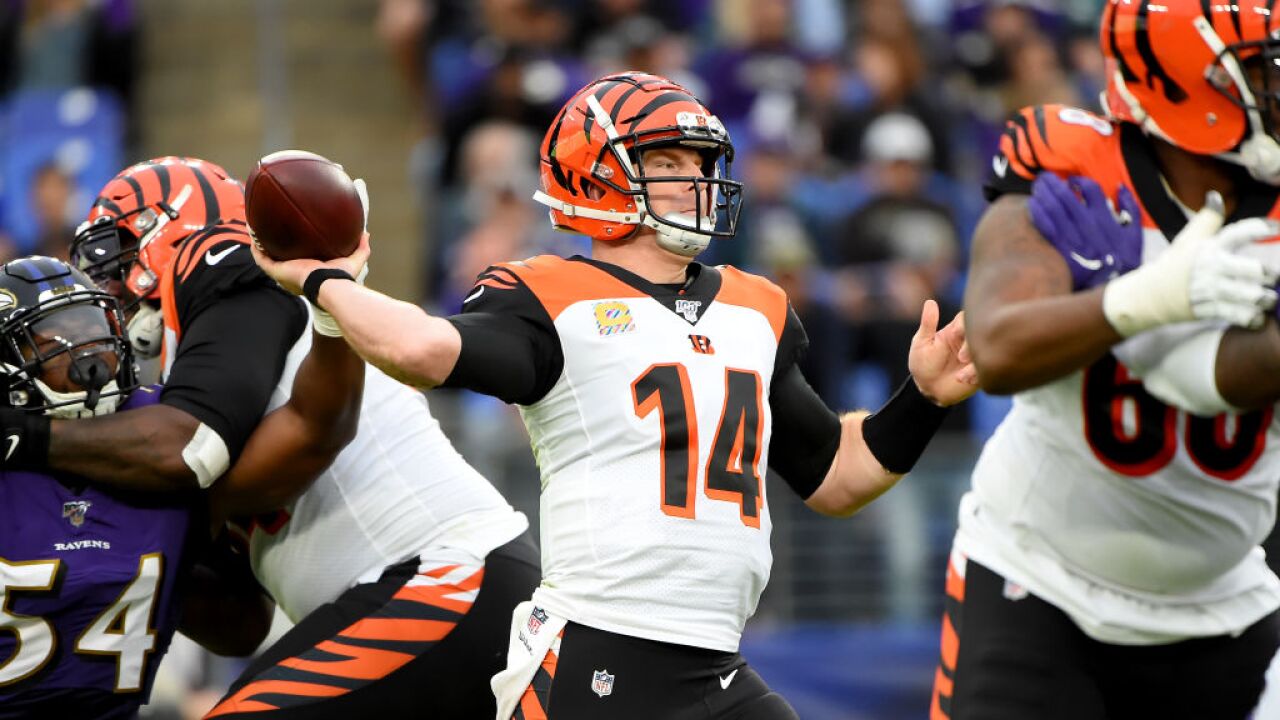 Summary: Super Bowl XLVII (47) set up the Baltimore Ravens and the San Francisco 49ers. The Ravens were playing for their second super bowl, while the 49ers were playing for their 6th. The Ravens came out and looked good playing in the Mercedes-Benz Superdome. Ravens QB Joe Flacco played well throwing his first of 3 TD passes to Anquan Boldin, 7-0 Bal. SF responded with a David Akers field goal, 7-3 Bal. Flacco kept his rhythm going and threw another TD, this time to Dennis Pitta, Bal 14-3. Inside of two minutes in the first half, a huge touchdown pass by Flacco to Jacoby Jones made it 21-3 Bal. Another field goal by David Akers resulted in a 21-6 game at halftime.

Beyonce performed in the Halftime show, bringing back Destiny’s Child with a lot of energy. The energy may have been sucked out of the 49ers, who allowed a 108-yard record-tying kickoff return for a TD, 28-6 Bal.

After a few minutes of non-scoring, the energy in half of the Superdome was sucked out, and the dome was half-out of electricity. Following a 34 minute delay, the 49ers resurged. QB Colin Kaepernick found Michael Crabtree open for a 31 yard TD pass., 28-13 Bal. Then, RB Frank Gore found paydirt on a 6 yard TD run, 28-20 Bal. A third Akers’ field goal made the score 28-23.

The Ravens’ Justin Tucker kicked a FG, Bal 31-23. Kaepernick ran in for a 15 yard score, but the 2-point conversion was unsuccessful, Bal. 31-20. After another Tucker field goal (34-29), Kaepernick led his team on a final drive. Near the goalline SF was stopped on fourth down, questionable pass interference that was not called. In the end, Ray Lewis won his second super bowl in his last game, as the Ravens protected the 49’ers surge.

It took two overtimes and a shootout in high altitude, but the Baltimore Ravens pulled off the upset. It was 35-28 in the 4th quarter with :31 remaining, with the Ravens trailing. QB Joe Flacco fired a hail mary to WR Jacoby Jones, a 70-yard TD strike.  The first overtime period was scoreless, meaning a second overtime was needed (Playoff game). Early in the second OT, the Ravens were able to capitalize off of a interception of QB Peyton Manning in the prior OT, to set up a 47-yard field by Justin Tucker. Tucker sent the kick through the uprights, and sent the Ravens to the AFC Championship.

The Houston Texans could simply not keep up with the Patriots’ Offense. While the Texans returned the opening kickoff to inside the Pats’ 20, the Texans didn’t have much more momentum. New England scored at will, leading 38-13 at one point.

Falcons were up by twenty, then blew the lead. Atlanta needed a late field goal by K Matt Bryant, to win.

San Francisco QB Colin Kapernick went wild by running for over 180 yards, a single-game record for a QB, leading the 49ers to victory.

The NFL officials returned Thursday night as the Baltimore Ravens defeated the Cleveland Browns 23-16. The Browns fall to 0-4 and have lost 10 straight games, dating back to last season. The Ravens improve to 3-1, and many analysts predict them as super bowl favorites (along with the Texans). Both quarterbacks, Joe Flacco (Ravens) and Brandon Weeden (Browns) threw for over 300 yards.