The Baltimore Ravens defeated the New England Patriots 28-13 in the AFC Championship. The game was a rematch from last year’s AFC Championship, in which New England won by three points. But this time was very different. WR Anquan Boldin caught two TD passes for Baltimore. While QB Tom Brady and the Pats’ had 13-7 lead at halftime, they were scoreless in the second half. Baltimore scored three straight TD’s and the Ravens will play the San Francisco 49ers in Super Bowl XLVII. This means that siblings will coach against each other for the first time in Super Bowl History. Jim Harbaugh will lead the 49ers against his older brother’s (John) Ravens. The game will begin at 6:30 p.m. on Feb. 3.

The Cincinnati Bengals are headed to the NFL Playoffs for the second straight year. Yesterday, the Bengals defeated the Pittsburgh Steelers 13-10 to clinch a playoff spot. K Josh Brown was able to seal the victory with a 43-yard field goal with 4 seconds remaining. Cincinnati (9-6) will be the sixth seed in the AFC. The Baltimore Ravens have won the AFC North with a victory over the New York Giants, 33-14. While the Bengals will play Baltimore next week for the Regular Season finale, the contest will not mean much for either team. Both teams know they will play in the first round in the Postseason. The Bengals will be on the road, and the Ravens will be home for the NFL Playoff games. Cincinnati could play either New England, Denver, Houston, or Baltimore. Week 17 will decide their opponent. 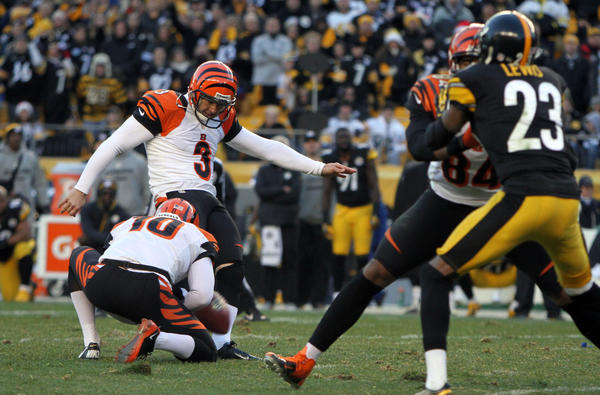